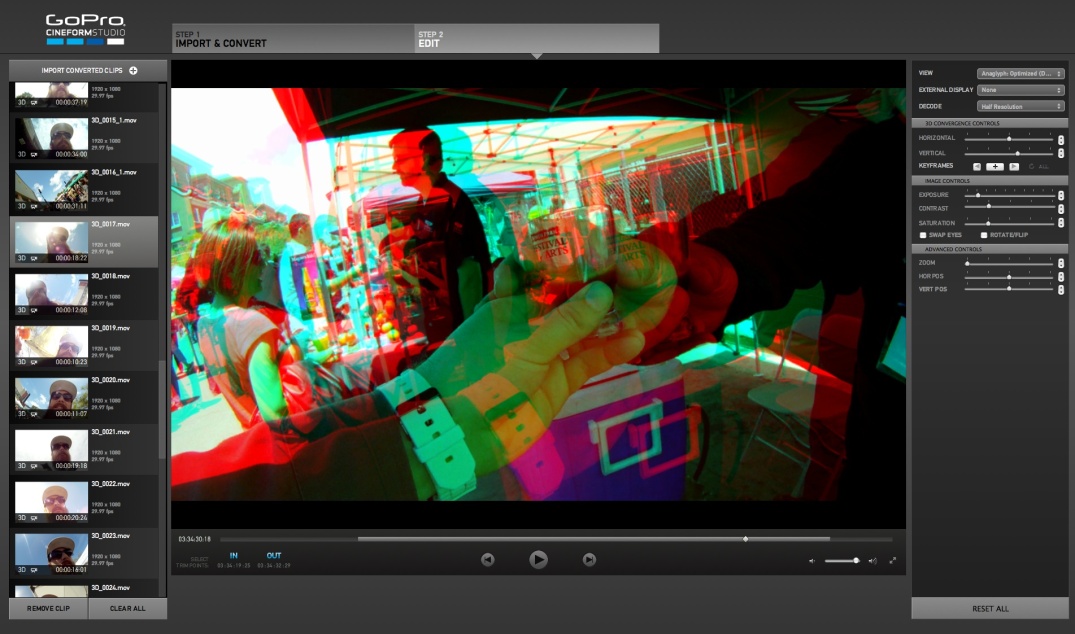 Finally, after almost three weeks of shooting with the 3D GoPro system I have learned what to do, and what not to do, almost. Shooting with stereoscopic is tougher than I thought it would be. Since the GoPro 3D system has two fixed cameras, you have to keep your subject the same distance from the camera to get the foreground subjects to really come out clearly. I was told subjects work best in the five to seven-foot range, but I have found it better to work in the four or nine foot ranges. Of course I am shooting with a wide-angle lens, so this definitely has an effect on the outcome.

On Sunday my wife and I took my in-laws to the North Park Festival of Arts, on University. Naturally we all attended the beer garden to sample some fine micro brews. I really enjoyed the Manzanita Brown which had a slight chocolate taste, without all the nuts. I love browns, but not nutty browns. We enjoyed tasting samples, listening to music, and mingling with the locals.

So check back in a couple of days to see my first ever 3D project posted right here at DanOvideo.com